The Elasticity Toolkit was created to obtain maximum gains in both sideways and trending markets with minimum risk. Developed by Timothy Straiton, the system performs with incredible results in almost all equity markets with a daily periodicity.

The Elasticity trading system focuses on short-term market fluctuations and takes advantage of deviation or "elasticity" from the mean price. Imagine the action of a rubber band being stretched and at the moment where the expansion loses momentum, a contraction takes place, forcing movement in the opposite direction. The Elasticity trading system signals a trade at the moment the deviation from the mean loses momentum.

Tim realized quickly that just having the incredible tools within this add on is not enough. He added an entire training course along with the system to ensure that not only are you able to trade with the tools effectively, but overall you understand how to trade as a profession with consistent income.

The training courses cover the following:

The Elasticity Add-on includes the following 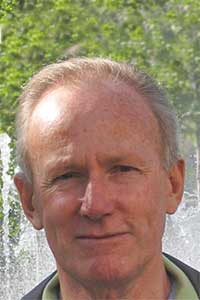 Timothy Straiton, born in London 7th July 1944 is a British/Swiss investor domiciled in Zurich, Switzerland. During the 1970's he worked for Bank Leu in Zurich as a precious metal trader. At that time, the gold market was extremely volatile after President Nixon had dissolved the gold standard of US$ 35 per ounce of gold. Straiton's outstanding talent as a market maker was soon recognized in trader circles and in 1978 until 1981 was engaged by the American Express Bank Zurich as chief precious metal trader.

Since then he has held various leading positions in the financial industry. He was a board member and active lecturer with the Swiss Association of Market Technicians from 1988 until 2015. In 1995, he founded an asset management company in Zurich and became an official distributor and coach for Metastock Chart analysis software for Switzerland, Austria, and Liechtenstein. He specializes in trading system and strategy development for Hedge Funds, Asset Managers, and Private Investors.

We invite you to try out any MetaStock product (including Add-Ons) for 30 days. If you are not convinced that it helps you make more accurate, educated trading decisions, just return it to us within the 30 days for a refund of the purchase price. It's that simple.This policy does not apply to subscriptions.