Join Dr. Alexander Elder in his trading room with this powerful update to his classic, best-selling MetaStock Add-on!

This add-on contains the indicators found in Dr. Alexander Elder's books, "Trading for a Living" and "Come into my Trading Room," which are not already found in the MetaStock. In addition, it includes two new unpublished indicators – the Market Thermometer and SafeZone stop.

Each Indicator comes with a complete description, how to use and interpret the indicator and formatting tips. Also included are the default parameters which list their values and include a brief description. You'll even get screen shots to help you visualize what your charts will look like.

In addition to the new systems, Dr. Elder's Enhanced Trading Add-on includes handy commentaries to help you understand each of the systems. 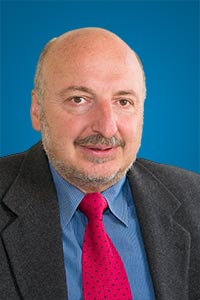 Dr. Alexander Elder is a professional trader based in New York City. He is the author of a dozen books, including Come into My Trading Room (Barron's 2002 Book of the Year) and Trading for a Living, considered modern classics among traders.

Dr. Elder was born in Leningrad and grew up in Estonia, where he entered medical school at the age of 16. At 23, while working as a ship's doctor, he jumped a Soviet ship in Africa and received political asylum in the United States. He worked as a psychiatrist in New York City and taught at Columbia University. His experience as a psychiatrist provided him with unique insight into the psychology of trading. Dr. Elder's books, articles, and software reviews have established him as one of today's leading experts on trading

Dr. Elder is the originator of Traders' Camps week-long classes for traders, as well as the Spike group for traders. He continues to trade and is a sought-after speaker at conferences in the US and abroad.

Do you have an earlier version of Dr. Elder's Enhanced Trading Room? Contact a sales professional for upgrade details