You're invited to join us at the Online Traders Summit on February 17th, 2020 for eight hours of trading instruction. Eight industry experts are going to show you what it takes to be a successful trader in ANY market with ANY account size. This event is for traders of all levels, and all presentations will be recorded and delivered to everyone that registers. Even if you can't make the session on February 17th, register now to receive the recorded sessions sessions and bonuses.

BONUS: Check out freebies offered by each instructor when you register. 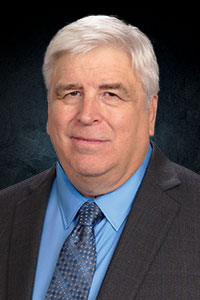 Candlestick patterns are graphical depictions of human emotions in action. These patterns confirm the consistency of human nature. This is what makes them so powerful. In trading, you’re not forced to rely on some arcane, complicated mathematical analysis. Instead, you can focus on a handful of patterns that are extremely easy to identify visually on your charts. In this one-hour presentation, Steve will show you:

Stephen W. Bigalow possesses over thirty years of investment experience, including eight years as a stockbroker with major Wall Street firms:Kidder Peabody & Company, Cowen & Company, and Oppenheimer & Company. (Followed by fifteen years of commodity trading, overlapped with twelve years of real estate investing) He holds a business and economics degree from Cornell University and has lectured at Cornell and at many private educational investment functions over the past thirty years.

Mr. Bigalow has advised professional traders, money managers, mutual funds and hedge funds, and is recognized by many in the trading community as the "professional's professional." He is an affiliate of the "Market Technicians Association". (mta.org - A non-profit association of professional technical analysts) and a member of AAPTA, the American Association of Professional Technical Analysts. (aapta.us) 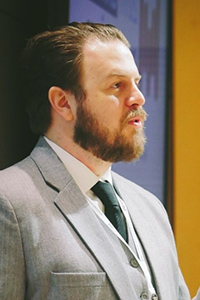 Using Value Plus Momentum to Find Your Perfect Trade in 2020

A key to successful trading is knowing the hidden value of a security. Hidden value tells you if your stock is fairly valued, undervalued or overvalued. Just as knowing the bluebook value of a car helps you assess a fair price to pay.

In this presentation, you will learn:

Join us and see the techniques that helped a hedge fund strategy from consistently losing to consistently winning.

About Thomas Wood
Thomas Wood is a professional trader with over 15 years of experience trading the markets, both personally and professionally as a hedge fund manager. He started his career at a wealth management firm, created a hedge fund at the age of 26 and eventually settled as a head trader at MicroQuant. Thomas is a partner at Base Camp Trading and specializes in helping traders simplify the markets by understanding his world-renowned price action trading strategies. Thomas also develops quantitative, behavioral, and machine learning-based trading systems. 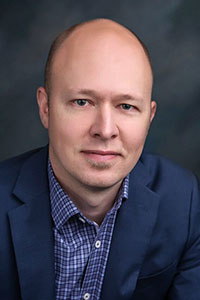 How to Predict Market Crashes Using One Momentum Indicator

Market crashes are one of the biggest fears we experience as traders. But instead of being fearful, discover how you can accurately predict when a crash is likely to occur, and how you can profit from these major sell-offs.

Jeff Tompkins will demonstrate how one indicator predicted the dot-com bubble, 2008 mortgage crisis, flash crash of 2010, four major market corrections of 2018, and more! Once you uncover Jeff's closely guarded secrets to predicting market momentum and trends, you will be armed with highly valuable tools that will take your trading to the next level.

Jeff Tompkins has over 20 years of experience trading the markets and currently serves as President & Chief Investment Strategist at Altos Trading, LLC. He also serves as Hedge Fund Manager at Altos Capital, LLC. Over the years he has developed an arsenal of highly tested trading strategies, which have remained effective regardless of market conditions. The main objective for the organization is to teach these disciplined strategies to others who are interested in supplementing or replacing their current income. 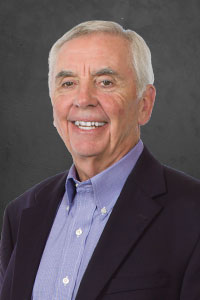 If set up correctly Profit Guard Spreads many times can guarantee a profit for your stock or options trade. This allows you to navigate market corrections with low stress knowing your stock and option trades are protected during market downturns. Profit Guard Spreads do not limit your upside potential so you can participate in any market rallies and profit as the underlying stock moves up in price.

Chuck Hughes started his trading career with a $4,600 trading account but his tax returns show he made $460,164 in profits his first two years of trading. These profits were more than Chuck made the previous six years as an airline pilot. Chuck is a ten-time Trading Champion with actual annual returns as high as 200%, 300% and 330% trading the Optioneering®Strategies. The Optioneering®strategies have produced over $4.6 million in actual stock and option profits over the past ten years which are documented in the Lifetime Income System book. 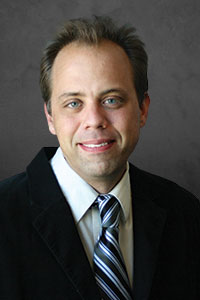 Finding a Trading Strategy that Works for You

Given the hundreds of indicators and trading strategies out there, how do we know which to choose? Do you want a strategy that allows you to trade several times a day? week? or year? Which fits your risk tolerance? Are you willing to take larger drawdowns in exchange for larger possible returns? Or are you more comfortable with a “Turtle”approach, rather than A “hare”tactic?

This one-hour session will show you how MetaStock's PowerTools will help find the answers to your questions and reveal the best approaches that fit you. You'll discover:

Jeffrey Gibby has been working for MetaStock for 23 years. He is currently in charge of our sales and business development teams and works to create new MetaStock distributors and partners worldwide. Among his areas of responsibilities are the management of new products and services for MetaStock and creating strategic partnerships.

Mr. Gibby works with training companies to help people learn the power of MetaStock. He has spoken to traders from around the world and has trained groups large and small on how to use the software and trade various markets. 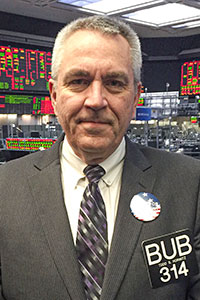 Are Mini and Micro Portfolio Management the Next Big Thing?

The futures markets are heating up, the fear that many experienced in the past from futures have been eliminated by the use of mini and micro futures. Margin is no longer a problem, fees are discounted and futures are the purest true price discovery market.

Join the next big thing which is the best investment vehicle for active or passive traders. Enjoy the benefit of pure price without the ridiculous high volatility. Build positions or day trade them.

Use our proprietary algorithm and use our management system.

For nearly 40 years, Todd “Bubba”Horwitz has enjoyed a successful career in the financial industry. He began his profession in 1980 as was one of the original market makers in the OEX Trading Pit at the Chicago Board of Options Exchange. He has traded at all of the major exchanges in Chicago and is currently a member of the CBOT.

In addition to his career as a skilled trader and investor, Bubba has spent the last 8 years as a mentor and educator to traders of all levels. Bubba continues to concentrate on the education and training of would-be investors, teaching them the ins and outs of a professional trader. As the founder and Chief Strategist of BubbaTrading.com, Bubba manages the development and distribution of market content, product development and trade ideas.

As an advocate of financial literacy, Bubba has also developed a program for high school students that allows them to learn and trade markets. 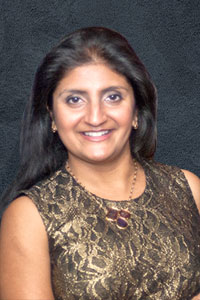 How to Profit in Any Market on Any Time Frame

This is not your mama’s momentum. Join Veteran Analyst Hima Reddy as she shows you how to profit in any market on any time frame.

Get a sneak peek behind the ONE Jedi indicator that helps a veteran Wall Street Analyst accurately predict turns and large moves.

Veteran Wall Street Analyst, known for her uncanny predictions on market moves and her ability to make trading simple, Hima Reddy is on a mission to empower traders to take control of their financial future so that they can live the life that they and their families deserve. 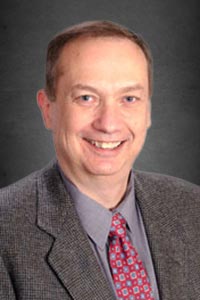 Join Stan as he discusses the details of a Delta Neutral trading strategy based on volatility. Trading Delta Neutral positions is a strategy that is used by both professional and non-professional traders to increase their profits and to reduce risk.

The concept is to remove, or significantly reduce, the directional component in a position so that profits can be made whether the underlying moves is up or down. This then frees the trader from having to predict the direction of the underlying asset.

The concept is that it is easier (not easy, there’s no free lunch) to predict volatility than direction. Stan will provide the background information necessary to trade Delta Neutral and discuss its advantages and disadvantages. Then he’ll show you how to create a Delta Neutral position and provide an example.

You’ll need to have a working knowledge of the Greeks, but don’t worry, Stan will provide a brief explanation of them as well.

Stan comes to us from the Floor of the American Stock Exchange where he traded options for his own account from 1994-2001. He was a Market Maker for the options on several popular equities including DuPont, Schering-Plough, Walgreen's, CBS, U.S. Surgical and Biovail.

His knowledge of the rules and regulations of the Exchange, combined with his reputation for honesty, integrity, and fairness enabled him to be appointed as a Floor Official where he served on several Exchange Committees, including the Minor Violations Committee. He says it wasn't always easy settling disputes between traders when thousands of dollars were at stake.

Prior to starting his professional trading career, Stan was a pension actuary for 20 years. After graduating from the State University of New York at Stony Brook as a double major in pure and applied mathematics, Stan became one of the youngest members of the prestigious Society of Actuaries. In 1993 he was a Principal and part-owner of a pension consulting firm where he ran the small plan department. When his company was sold, Stan used the proceeds to obtain a seat on the Exchange and set up a trading company. He never looked back and the rest is history.

We hope to see you there. Registration just takes a moment.