Innovative Market Analysis develops, markets, and supports the award-winning MetaStock software line. MetaStock is the premier brand in the charting and technical analysis arena for the self-directed trader. MetaStock also has an institutional version, used by professional traders in some of the world’s largest financial institutions.

The MetaStock product suite targeted toward the individual investor includes both real-time and end of day variants of the software along with data subscriptions, add-ons and third party products. Innovative Market Analysis also provides graphics and technical analysis components to the Refinitiv product line, which serves professional traders in the world's largest financial institutions. 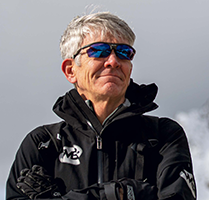 Steve Achelis started Equis International in 1982. Heavily involved in investing at the time, Steve realized all of the charts and calculations used for analyzing investments could be done by anyone with a personal computer. From this vision, Equis and the MetaStock® product were born.

MetaStock® was first released in late 1985. In its April 15, 1986 issue, PC Magazine awarded The Technician and MetaStock an Editor's Choice Award, and The Technician was featured on the cover. In response to an increasing demand for a real-time version of MetaStock, MetaStock RT™ was released in July of 1992. Since then, numerous versions of both the end-of-day and real-time versions of MetaStock have been released.

From the beginning, Steve always worked to make sure that what he was creating would have real value for investors. As a result, MetaStock has grown into one of the world's leading developers of investment charting and analysis software. MetaStock now has over 150,000 customers in over 97 countries. MetaStock’s products have received numerous awards, including PC Magazine's Editors' Choice Award and the Readers' Choice Award from Stocks & Commodities Magazine for over 20 consecutive years.

In 1996, Equis was acquired by Reuters, the world's largest international multimedia information company. Equis served as the graphics and technical analysis center of excellence for Reuters.

In 2008, Equis was a part of the Thomson Corporation / Reuters Group PLC merger.

What's Next for MetaStock